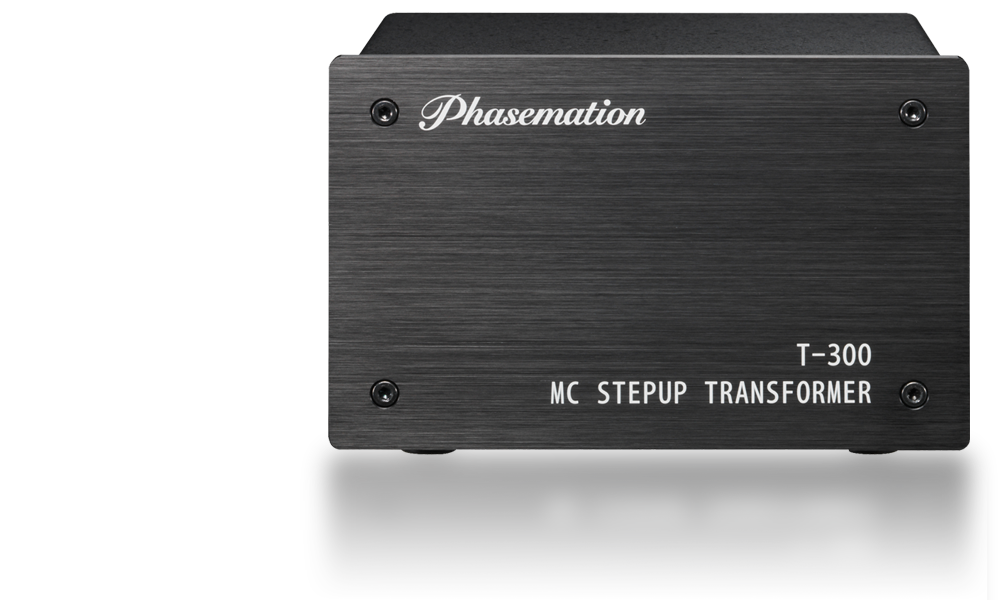 In 2006, we released T-3, the set-up transformer for MC cartridge well-received in the high-end market, and we inherit its designing ideology and change the appearance to new sophisticated design.

The following excellent characteristics have been achieved by winding the low the loss extra-thick cupper wires (Primary: 0.32 dia., Secondary 0.12 dia.) around the gigantic EI core made of the "0.2mm thick 78% super permalloy core material"; and so, the sound cause to feel a vital force has been realized over the all bands.

The winding structure of uniquely divided layers has realized a characteristic for wider band, so, an excellent phase characteristic has been realized. The phase distortion in audible band has been reduced drastically and auditory lateralization has been clarified furthermore.

By adding a shield board at the center of chassis to divide the left from the right, the separation on audibility has been substantially improved.

For the chassis base and top cover making of 1.2mm and 1.6 mm steel plates, copper plating and finishing are conducted. All the parts are assembled with the stainless-steel non-magnetic screws to minimize the influence of the magnetic distortion; thereby the clear sound has been realized. 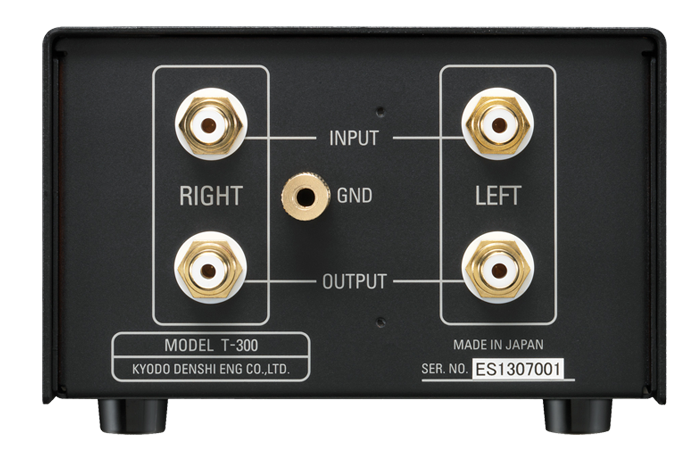