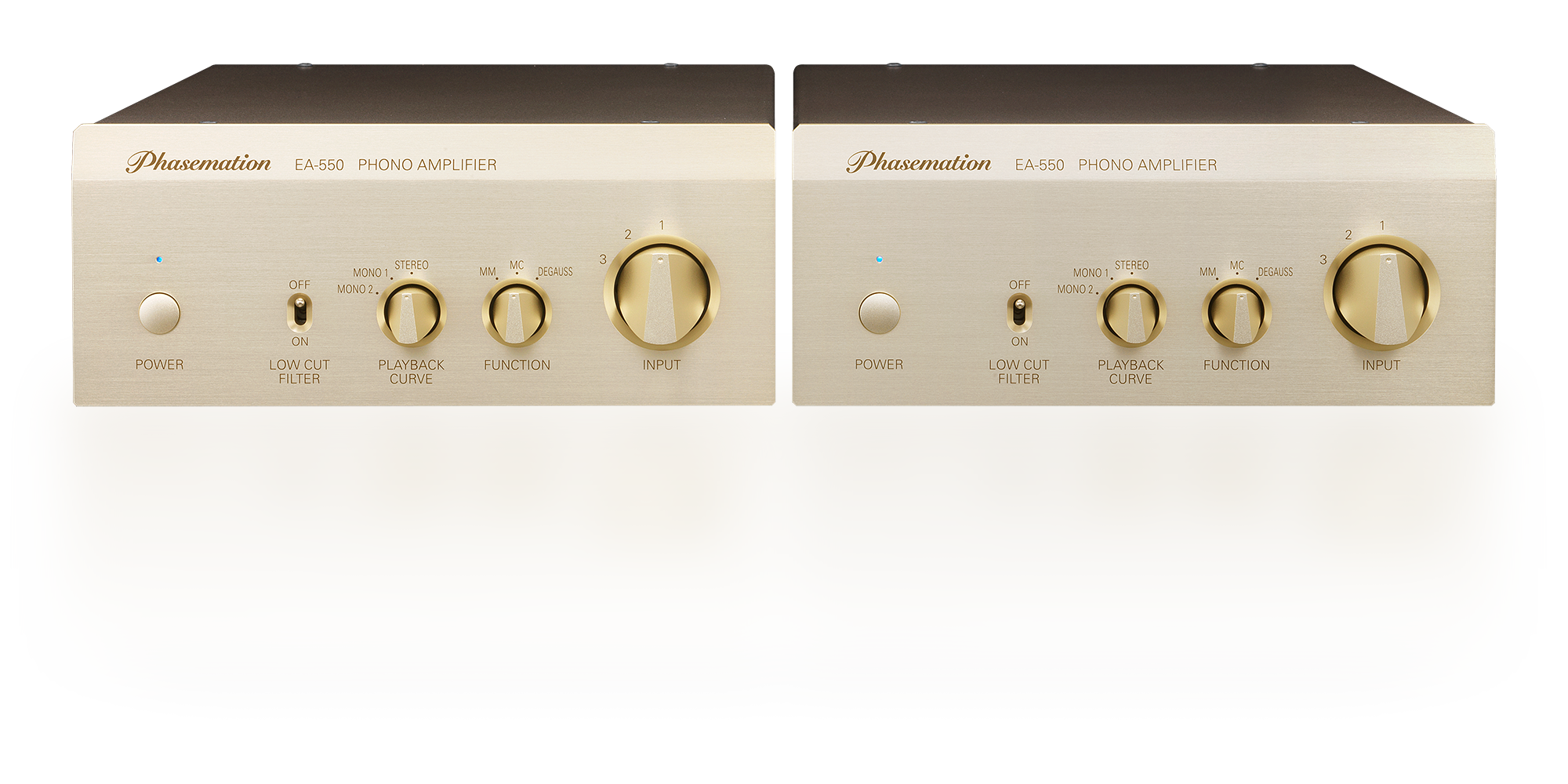 A separate type phono amplifier (2 units), all discreet, all-stage symmetric non-feedback circuit that draws out the music’s reality and the artist’s passion

This time, any small inexactness were eliminated as a compilation of semiconductor phono amplifiers, and the built-in MC transformer was newly designed with a special split winding structure that uses a high pure copper wire PC-TripleC as the secondary winding material.

The EA-550 will be released to experience a new level of sound along with a refinement on the circuit.

Adopted a strong chassis structure of a 2 unit box with Lch and Rch being independent and completely monaural.

A heavy weight metal insulator that blocks external vibrations is used for the feet.

In addition, the played sound supported by the left and right divided equalizer part and the powerful power supply part has high S/N and high resolution.

The played sound can be enjoyed with overwhelming realism and with a panoramic stage.

The negative feedback amplifier which is the mainstream of modern amplifiers constantly compares the input and output signals for both the semiconductor and vacuum tube and this difference (amended signals) can be amplified with high precision at low cost because it is amplified as an input signal. However, there is a time delay between the input and output signals which cannot be solved theoretically and this generates a TIM distortion and the like and this is a big reason why sound satisfaction cannot be attained from negative feedback amplifiers.

As a result, it is played with no information remains on the sound source (record) and in terms of sound quality, it can play the music with excellent inspiration, dynamics, and shadowed (or the like) expressions.

On the power circuits